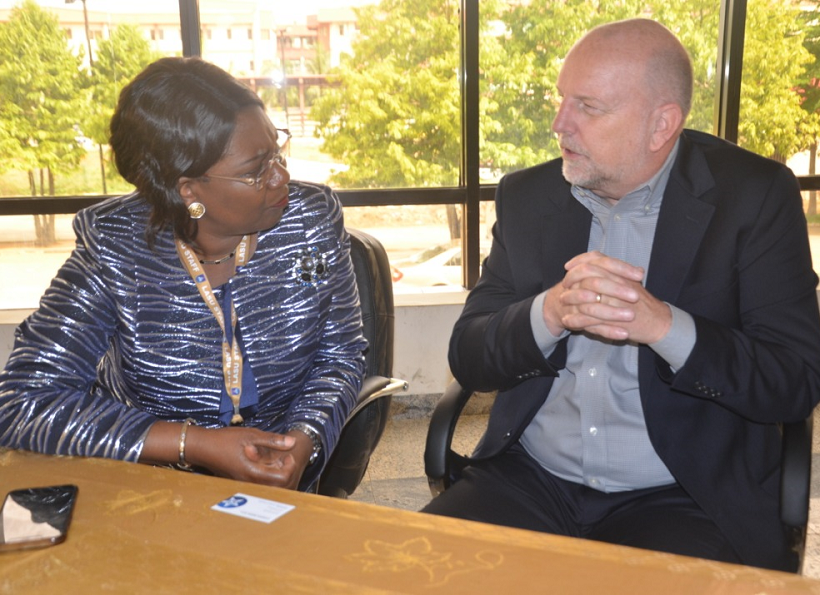 In her address, the Vice Chancellor welcomed the team to the University and expressed her sincere anticipation for a partnership between the Lagos State University and the respective universities the team members represent.

“I am hoping this interaction would foster an inception of a positive partnership between our respective institutions moving forward” she stated.

The Vice Chancellor assured that the University would look into the various areas that collaborations can be initiated and expressed delight to be part of the session, which she said, shall stand as a point of reference for further partnerships down the line.

The Public Affairs Specialist of the U.S Consulate General in Lagos, who is also a LASU Alumnus , Mr. Clemson Ayegbusi, gave the opening remarks on behalf of the visiting team and thanked the Vice Chancellor for taking time to be present to welcome the team.

He said the purpose of the visit was to ensure that education diplomacy and human capital development which was a core area of focus for the United States Government was achieved through collaborations between higher education Institutions across borders.

The session mainly featured questions and discussions from seasoned academics in the Lagos State University some of which cut across recent concepts of learning and human development like Inclusion of Digital and Technological agents, Workforce Development, Curriculum Modernization and three-dimensional (3D) learning.