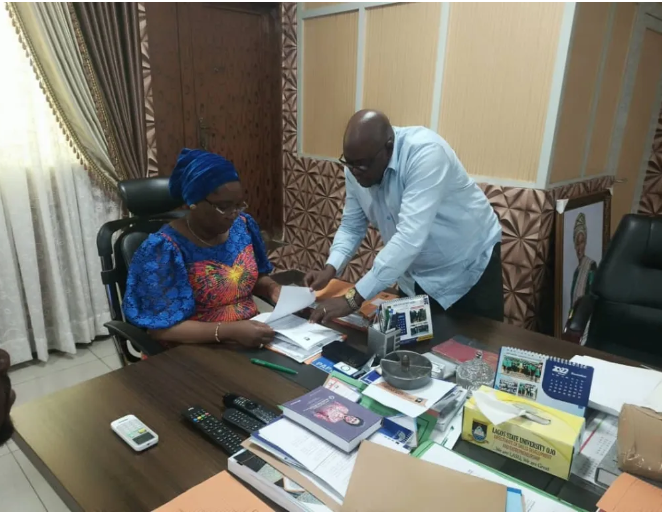 The Lagos State University (LASU) Vice Chancellor signed the agreement in her office , on the 6th floor of the Babatunde Raji Fashola Senate Building , she displayed optimism in the initiative . Prof. Ibiyemi signed the terms that will further boost academic excellence between Nígeria and Brazil.

The Professors , who gathered at the Vice Chancellor’s office , presented an Award of excellence to the Vice Chancellor , a merited honor for her constant contribution to the promotion of Brazil/Nigeria Relations . Prof. Ibiyemi was honored as Nígeria’s best Vice Chancellor of the year by Centro Cultural Africano, Brazil.

The Vice Chancellor who received the award with many thanks eulogized the formidable academic team who successfully represented the University in Brazil , she promise to continue supporting good initiatives that will boost academic relations between Brazil and Nigeria.