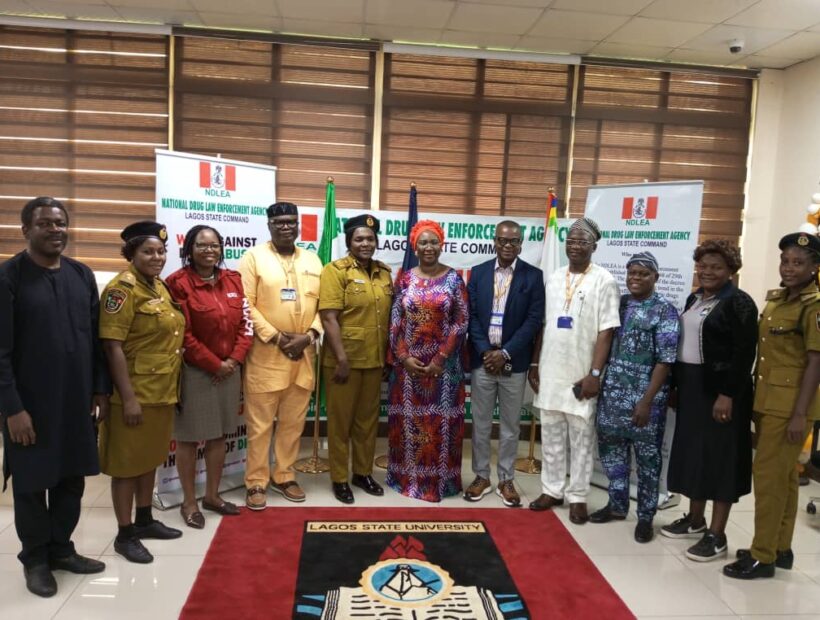 The inauguration held at the Department of Psychology, Faculty of Social Sciences.

On the sidelines at the inauguration, a team of the NDLEA officials visited the Vice Chancellor, Prof. Ibiyemi Ibilola Olatunji-Bello, mni, at her office and decorated her with Ambassador on War Against Drug Abuse (WADA) in the presence of the members of University Management.