Prof. Olatuunji-Bello Was Book Reviewer As Eminent Nigerians Gather For Launch of Hallmarks of Labour 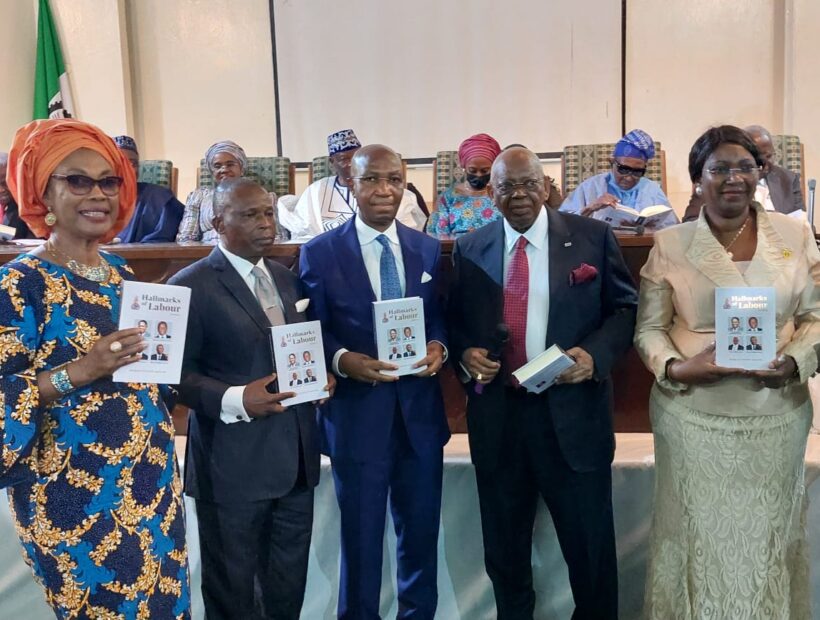 Prof. Olatuunji-Bello Was Book Reviewer As Eminent Nigerians Gather For Launch of Hallmarks of Labour

The book launch, organised by the Hallmarks of Labour Foundation as part of her efforts to celebrate and promote integrity and hardwork among deserving Nigerians, attracted the presence of personalities such as the wife of the vice president, Mrs. Dolapo Osinbajo; governor of Lagos State, Mr. Babajide Sanwo-Olu; JAMB registrar, Prof. Is-Haq Oloyede; founder, FCMB, Otunba Subomi Balogun; chairman, Body of Benchers, Chief Wole Olanipekun, SAN, former attorney-general and minister of justice, Chief Akinolu Olujimi, SAN, as well as the honourees themselves.

Prof. Olatunji-Bello’s review of the 4 Chapter book attracted commendation from the dignitaries even as she harped on the need for the younger generation eschew shortcuts in their quest for success and embrace hardwork as exemplified by the honourees whose stories are captured in the book.

The vice chancellor was accompanied to the event by members of the Momentus Men and Women of the Learning Association in the university.