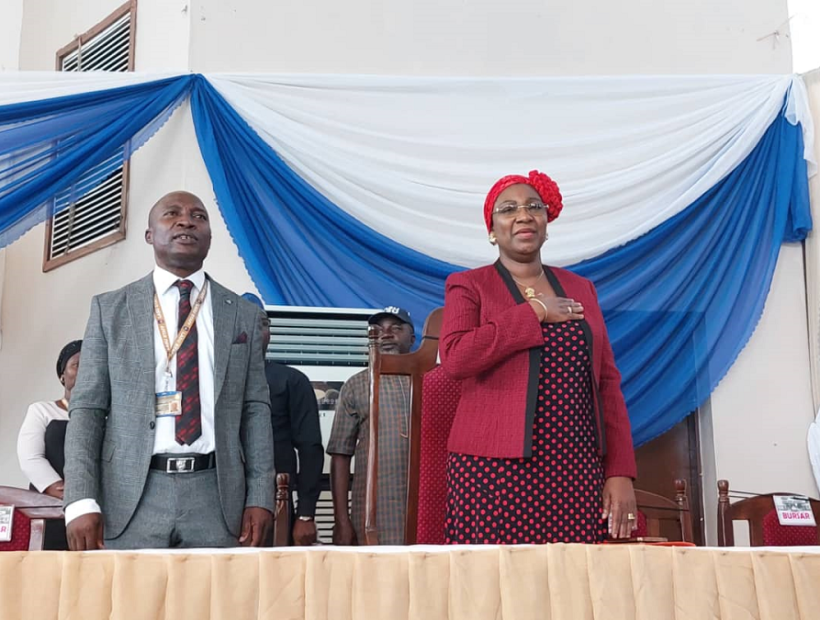 The Vice Chancellor, Prof. Ibiyemi Olatunji-Bello, mni, while giving her remarks said it was important to revamp academic culture Of excellence in the university and pledge to create an enabling environment to achieve it, assuring that her administration “shall celebrate personal achievement and good behavior; establish norms that build values, clear to all and well regulated; set consistent discipline and adopt a more proactive approach to it, lead while showcasing example of qualities and values that we want to see in our University, encourage innovations and use of ICT; encourage and support professional development and human capacity development so that our academics can develop skills that will enhance positive academic culture.”

She thereafter declared the workshop open making way for the distinguished speakers to engage the eager lecturers who had come out in their numbers to attend the programme.

The first speaker, former vice chancellor of University of Port Harcourt, Prof. Nimi Dimkpa Briggs, spoke on the topic “Town and Gown Connect through Robust University Senate in Achieving Academic Excellence” where he encouraged members of the university senate to enhance a mutually beneficial relationship between the university and the wider community. On his part, former NUC executive secretary, Professor Emeritus Peter Okebukola, OFR, highlighted some good and bad practices for lecturers and charged the academics to embrace good practices that would entrench academic excellence in the university. He spoke on the topic “Effective Teaching as a Panacea for Achieving Academic Excellence”.

Members of management, deans and directors of centres were also in attendance at the one-day programme.